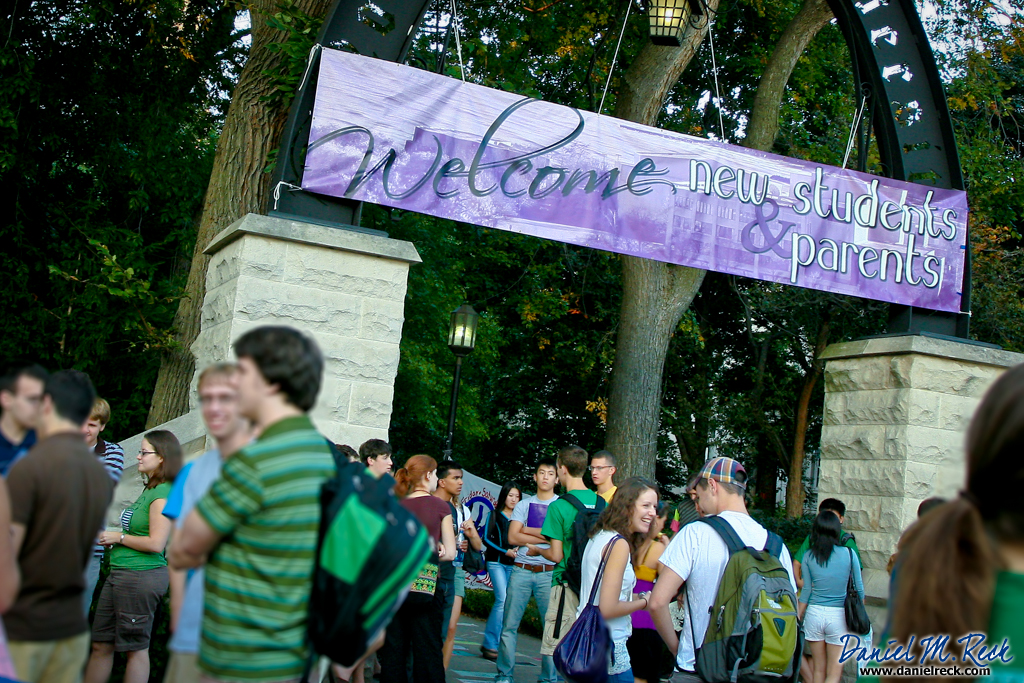 New students arrive at the Weber Arch on the Evanston, Illinois, campus of Northwestern University.

Welcome back! Students are returning to campus right about now, and they're looking for something to do. How will they know to join your organization?

You're probably dreading having to do all that work to print posters, buy giveaways for the campus involvement fair, and put flyers out in the dining hall. It's a lot of work and it only got a couple of people interested last year.

Well, the first-year students will go to the involvement fair, at least. The sophomores, juniors, and seniors... not so much. Really though, do you remember what groups you visisted at the involvement fair? Probably not, so what's the point? (You could probably find the groups' names on all the free swag hiding in the bottom of that box you packed when you moved out of your first residence hall.)

So what's you're group going to do to attract new members?

The good news: Recruiting is easy.

The bad news: You can't just post up a few flyers and expect people to join. Telling people you're recruiting doesn't work, either. It's tacky.

Here's what does work:

Want to know a secret? This doesn't take any extra time. You don't have to do anything that you shouldn't already be doing...like eating, going to class, having fun with your friends, and being nice to people around you.

Also, this is pretty much free to do. Take the money from the recruitment budget and put it into your event and activities budget so that you can do what you do better.

Just by being yourselves and open, and being intentional about inviting the people you know to participate in what you do, you'll have plenty of people asking to join your organization.

"Ah ha! That's backwards!" you say. Maybe not. Think about it: If your members are consistent about making friends and inviting them to do the awesome things you do, people will ask to join you. It's human nature.

Even better: It's easy.

🎬 Video: “Joy To The World” for Solo or Duet Handbells