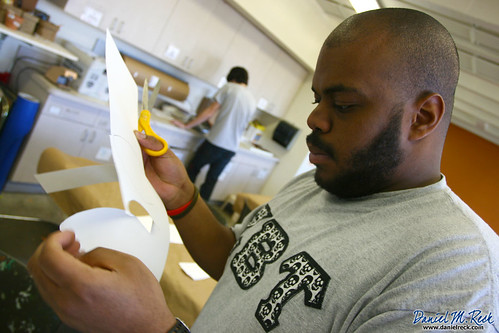 The "Fraternal Profession" guides our professions in life

Remarks at the Greek Life Banquet and Awards
April 1, 2011 at 7:30 PM
The Stockdale Center at Monmouth College

Brothers and sisters, thank you! Your effort, your devotion, have made this the hands-down best year in Greek Life. Every year since I arrived in 2008, you have ratcheted yourselves up.

You have confronted your challenges with confidence, and overcome them with intelligence. We’ve come a long way, and you own that success outright.

When our founders created our fraternities back in the nineteenth century, they did so because they felt there was a need on their campuses that wasn’t being met. They needed a family, right there on campus, to provide a network of support and to help build each sister and brother up so that they would be the best lady or gentleman they could possibly be.

The founders of my fraternity, like the founders of all our fraternities, created our organizations to stand for eternity. We are members forever, and therefore being a fraternity woman or a fraternity man is our profession. It’s our job, and it’s a special one. After all, we swore to uphold our fraternal values for the rest of our lives.

There’s only one other vow commonly taken for a lifetime. That is a vow of love, a vow of caring, a vow taken between two individuals who want to stand by one another for the rest of their lives, and perhaps raise a family.

But think about it. You all are a family. We are brothers and sisters. And together, we’ve entered into the Fraternal Profession. As members of that special workforce, we’ve been working our way up the ladder. And we’re being recognized here on campus, and across the nation, for the success we have achieved.

Kappa Kappa Gamma Fraternity was recognized at their national convention for excellence in academic performance and chapter programming. They won the national award for the work of their standards board, as well as the panhellenic award, in recognition of Kappa’s role in making Greek Life stronger at Monmouth College.

At their regional academy, Sigma Phi Epsilon Fraternity earned the Manpower Excellence Award for the ever improving quality of their recruitment. They were also reaccredited as a Residential Learning Community, and their accreditation application is now used by headquarters as the official example of how it’s supposed to be done.

Mr. Alexander Holt, a SigEp brother, has been selected for a full scholarship in a highly competitive process by the national headquarters to travel with the fraternity to Greece this summer, where he will experience the origins of our community—we are Greeks, after all—with SigEp brothers from around the country.

In Alpha Xi Delta Fraternity, the hard work of the sisters working with one of their advisors has been outstanding. Dean Karen Ogorzalek has been lauded by the national fraternity, and has been promoted to Area Facilitator. Now, not only will she serve the Alpha Xis of Monmouth College, but also her sisters at Iowa Wesleyan University and the University of Northern Iowa.

Individual brothers have been appointed to national offices as well. Mr. Benjamin Morrow will continue his Fraternal Profession as a real-life fraternity professional, working as a Regional Director for the Sigma Phi Epsilon national headquarters.

It’s also worth noting another brother who has gone to work for his national fraternity, Mr. DeMarko Butler. After graduating last year, he began work as the first African American Leadership Consultant for Phi Delta Theta Fraternity. With his hard work, he was soon promoted as the national director of expansion. So, Mr. Butler now helps campuses all over the country add new fraternities to grow their Greek Life communities.

Our undergraduate Phi Delta Theta brothers are working hard, too. They won the national Community Service Citation, and were twice recognized for having the top grades among men’s fraternities at Monmouth College. The chapter was also recognized for outstanding performance of its fraternity ritual, and received the Hayward J. Bigger Trophy. They won the Gold Star Award for overall excellence, and brothers were identified as the best in the nation on campuses like ours, winning the highest award available in Phi Delta, the Kansas City Trophy.

Here on campus, we as an entire Greek Life family have also worked hard. Not only do our grades continue to average higher than the rest of the campus, our academic performance improved over the last year at a rate significantly better than that of the college as a whole. Let’s keep up the good work in the classroom.

And on campus, we’ve been recognized, too. For the first time in history, this year, all of our women’s fraternities have homes. These homes have become integral to the identity of the chapters, hosting member education programs and social events.

The men have done well, too. At the end of last year, Dean Condon stood with me in the Fraternity Complex and told me, without a doubt, that the men who lived there left that facility in a condition better than it has been in twenty years. And for that work, the College was pleased to spend $75,000 to recarpet the facility and purchase luxurious leather couches finer than those in any residence on campus.

We are proud to announce that Alpha Tau Omega Fraternity will be hanging their letters at 803 East Broadway, and that the men have decided to live in substance-free housing. It’s a bold choice which will attract even more great men to our Greek Life family.

While all of us have had a part in this success, there are some special leaders who have helped make our homes especially wonderful. We have had seven House Managers this year who’ve made a brilliant team, supporting one another, and helping us all live better. House Managers, please stand and be applauded.

We also have some special support from a person who loves us. She works tirelessly and quietly, looking after all the details and keeping us neat. She notices our achievements and brags about them to our greatest critics, forcing them to see us in our true light. It’s a crime that she’s not a sister, but I suspect that could be remedied.

Trina Barry, it has been an honor and a privilege to work with you in the last two years. Your devotion to the men and women who have lived in the Fraternity Complex is unparalleled. You are custodian, mentor, and a kind ear. Thank you.

Now, while we tonight will continue to celebrate our accomplishments for the past year, let’s keep our vision on the future. That’s what our founders would have wanted, remember, we’re in this forever.

Mr. Sye said something to me today that was truly poignant. “Focus on the positives,” he said. “We are truly making progress and are producing some great things.”

Sisters and brothers, Mr. Sye is right, you are producing great things! It’s exciting! Those great things are being noticed by a whole new group of men. You have fueled their interest in excellence. Like each of you, they want to be part of something larger, something greater.

Can you imagine how different our Greek Life family would be without any of these organizations, and all the fantastic work they do? The stories are the same for all seven of our fraternities. So, the time has come again, to become stronger, to become better.

Brothers and sisters, you’ve laid the groundwork for high achievement. We will celebrate that success tonight. Now, let’s look forward to the future with excitement. We will grow our Greek Life community, in quality and quantity.

With your devotion to your fraternity ideals, we will improve our reputation and standing, not with words, but with true feats of strength, true brilliance of our minds, and true acts of honor.

Ladies and gentlemen, we have arrived, but we shouldn’t linger. We are Greek, after all, and inventors of our own advancement. We are Fraternity Professionals, believing the Life of Love, walking in the Way of Honor, and serving in the Light of Truth, just as established by our founders for everyone who would follow. Now, we shall be constant to our Fraternal Profession, for all who will follow us.

Thank you, and good night!

Daniel M. Reck, M.S.Ed., is Assistant Director of Greek Life, Leadership, and Involvement at Monmouth College. He is affiliated with Sigma Nu Fraternity.